Possessions are sometimes understood to be contagious by contact.
They may also be brought about if a loa spins a person into a reverse pirouette. 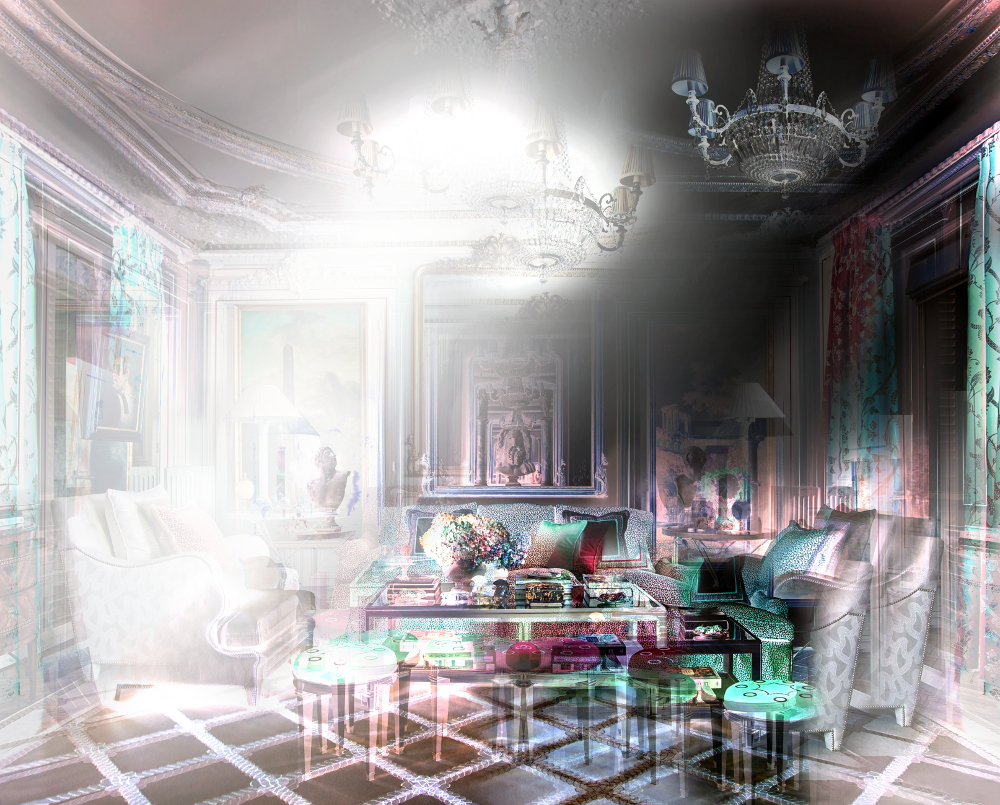 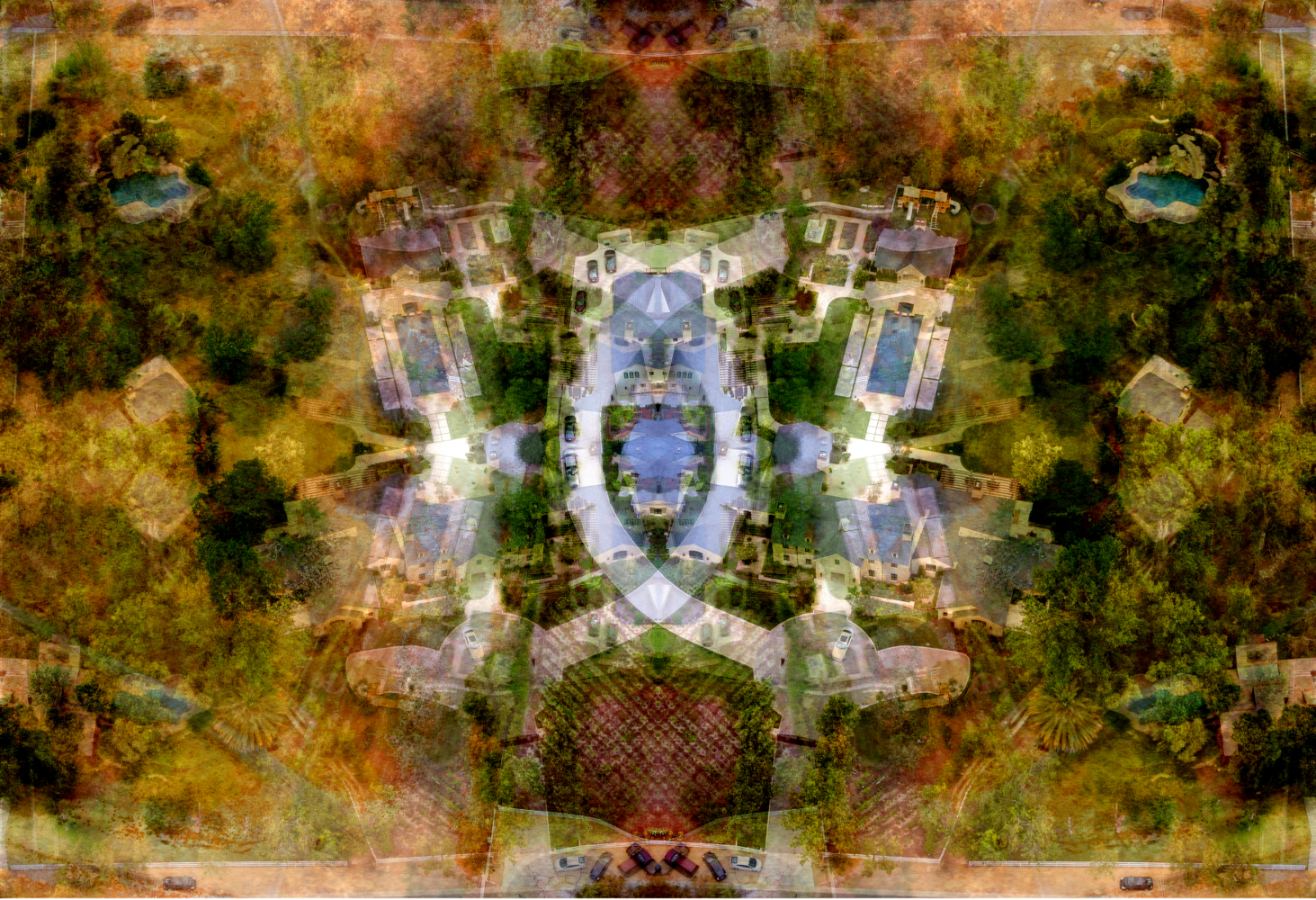 Inside
Outside
With her latest series 'The Empty House' and 'Charlie Boy' Berlin artist Kathrin Günter relocates her conceptual conjunction of voodoo-spirits and celebrities into the living spaces of the latter, i.e. into the houses and rooms of stars and prominent figures. Without their actual inhabitants and now possessed and blurred by spirits, these spaces are presented as a surreal adaption of the ghost photography of the early 20th century. The artist consequently manifests the apparition of theses entities only indirectly through overexposed fogs or shadows, though the shapes of the symbols belonging to those spirits reveal themselves in odd architectural structures and converted interiors of rooms. Unlike the classical ghost photography and also unlike the common, rather dark reception of voodoo Kathrin Günter features these numinous apparitions with a bright, colourful expression.

By the use of connotations and stereotypes from the realm of voodoo the artist debunks the modern obsession and identification with celebrities as a regressive compensatory act, a ritual deflection of one's own individual shortcomings. Thereby Günter visualizes through her works the archaic origin of the very present phenomenon of the continuous projection of personal sensitivities onto celebrities and hence demonstrates a fundamental psychological mechanism. 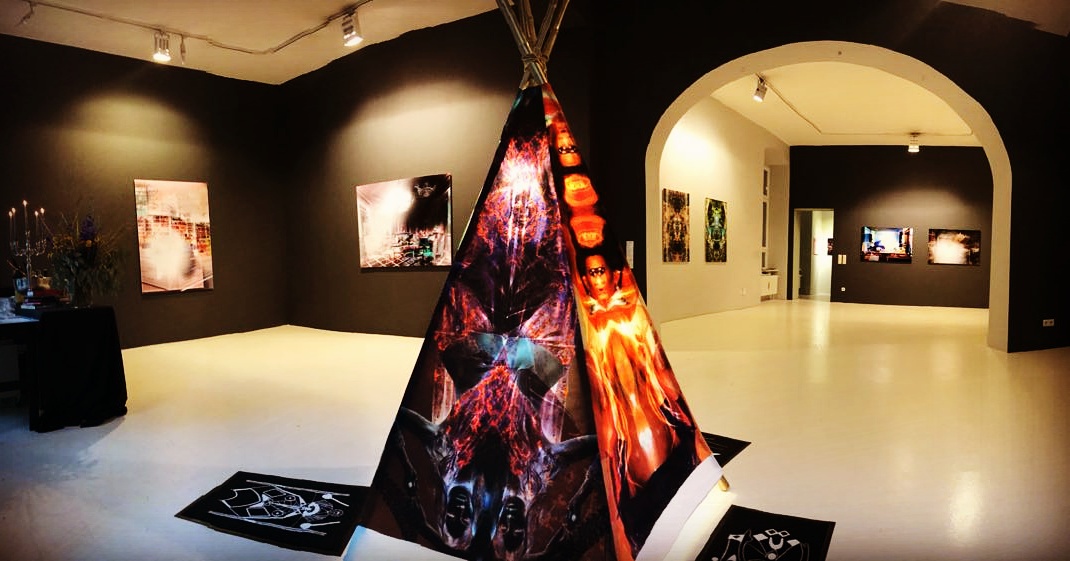